Hi,
I try to run old games on my calculator. I have found out it has SH4 processor and not the SH3.
I have setuped SDK and I can compile it from the source but it only works for SH3.
What should I do to make compatible with SH3? 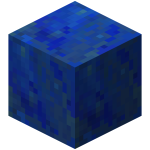 There are a few important differences, the main being the IsKeyDown() is not compatible. An alternative method must be used.

This has been researched a long time ago. There is a source code approach that make add-ins compatible : https://www.planet-casio.com/Fr/forums/topic12285-1-[Tutoriel]-Configurer-le-SDK-pour-le-rendre-compatible-SH4.html

The preferred way however, is to just run the g1a through the SH4 compatibility tool which tweaks the binary and just works out-of-the-box: https://tools.planet-casio.com/SH4compatibility/

The tool server is owned by Ziqumu, and right now the certificate seems to have expired (*sigh*), I'll have a look quickly.
Kuzmanzs Hors ligne Membre Points: 13 Défis: 0 Message

I have followed https://www.planet-casio.com/Fr/forums/topic12285-1-[Tutoriel]-Configurer-le-SDK-pour-le-rendre-compatible-SH4.html
and overriden the original default folder.
At the desciption '5) Use the version of MonochromeLib contained in the zip.'
The "this archive provided by Shadow15510" attached zip does not contain any MonochromeLib..

I am trying rebuild attached game. In the game lib theare are already MonochromeLib I think here I need an updated version for SH4.
Someone could help me what should I change in the attached game to make it runnable for SH4 via command line?

/ I know the https://tools.planet-casio.com/SH4compatibility/. It works but some object ie. Watersky are very opal almost unvisible when I am compare to SH3 machine/

Yes, I think the original MonochromeLib edit (the one in the attached file of the post) is ok. Shadow15510 only changed other files. The ML should be included in his archive too for completeness.

The transformation that you're going to apply via the SDK is, by essence, the same as what the SH4 compatibility tool accomplishes. Could you please elaborate on the issues you have with almost-invisible objects?
Kuzmanzs Hors ligne Membre Points: 13 Défis: 0 Message

I have uploded photo and the waves are almost unvisible (it looks like as dirt).
I see waves good when already game over. On SH3 I do not have this problem..

This is when waves are moving right? Moving objects are hard to see at low contrast. Maybe bump your contrast up to see better.

This issues has probably nothing to do with the code. SH3/SH4 incompatibilies are not that subtle. They're basically crashes.
Kuzmanzs Hors ligne Membre Points: 13 Défis: 0 Message

Yes, that is my problem. If I run the downloaded program on SH3 calculator everything looks fine.
If I convert the program with the online converter to make it able to run on SH4 processor and I install it on SH4, the SH4 calculator has this bad behaviour.

So something is changing during the conversion regarding moving objects.

is the SH3 calculator, an actual real calc or just the SDK emulator?
the emulator has very faster perfect black pixels (because fast pc)
while the real life calculator pixels are not. On the display they are not perfect blacks and change state very slowly
when small obejects move fast, its very hard too see and when larger obejects move, it becomes very blury and very bad ghosting affect
Increasing the contrast can help, but going too far and you get ghosting
its best to increase the line thickness or slow its movement down
you could do some special rendering, by making the line bigger while moving, but bring it down to normal size when its not moving
RedCMD#4299 - Discord
Mandelbrot SNKEmini Minesweeper Sudoku

I suspect the problem is not the SH3/SH4 difference (it would be a first, and let's be honest this problem is really weird).

The converter only replaces IsKeyDown() calls and low-level stuff. It feels really unlikely that it could change the code for "moving objects", which it is not supposed to, and still not make it crash.

I believe the problem is more likely to be related to the configuration of the calculators. Is the contrast set to a high enough value? Can you see moving objects in other applications? The display of an fx-9860G II is also not the same as the smaller displays of the fx-9750G, maybe it behaves differently.

I would like to try out as I have a variety of calculators to experiment with. Can you please share the original and modified G1A files? The RUN.G1A file from your original post seems to be a different application and doesn't run anywhere.
Kuzmanzs Hors ligne Membre Points: 13 Défis: 0 Message

I have just converted it again. You can find it in 'modified' folder. I have also attached 3 pictures. You can see the contrast ist very high and after game over occurs the previosly moved objects look fine. Only during plaing look they bad.
/I have tested the original version on another calculator(SH3) and it does not have this behaviour/

edit:
I could not opload big zip
Please check this link:
https://www.dropbox.com/s/g5cmx8blwiccab8/ProblemSH4.zip?dl=1

Well, as I thought I have no problem on my Graph 75+E. Spikes and waves are invisible on low contrast, pretty hard to see on middle contrast, and clear enough at high contrast. This is as normal as it can get. With a black-and-white screen of this quality, either it bleeds as hell (such as on low-end TIs, which has its uses) or you have this.

I honestly don't see anything out of the ordinary here. I can reproduce your problem to some extent, but this is completely usual and apparently all related to the contrast setting.
Kuzmanzs Hors ligne Membre Points: 13 Défis: 0 Message

Yes, your are right. Is was contrast issue.

I am confused with initial contrast setting.
If I set 'init' contrast on my brand new 9860 it has less contrast than my old 9860..

Is that normal or the new one has problem? During the ages contrast goes high-er?

All of these are variants of the Toshiba T6K11 and they are essentially driven in the same way, but the default settings and contrast ranges might really be different. It is well known for instance that the same contrast value sent in hardware to two different displays can result in a very different visual aspect.

There is no detailed documentation about the valid contrast ranges and default contrast values of the known displays yet.

So I'd not be surprised if there is a difference, either in the display, or in the OS. I have not observed chages in the contrast of my calculators over the years, but it is a sound hypothesis as well.